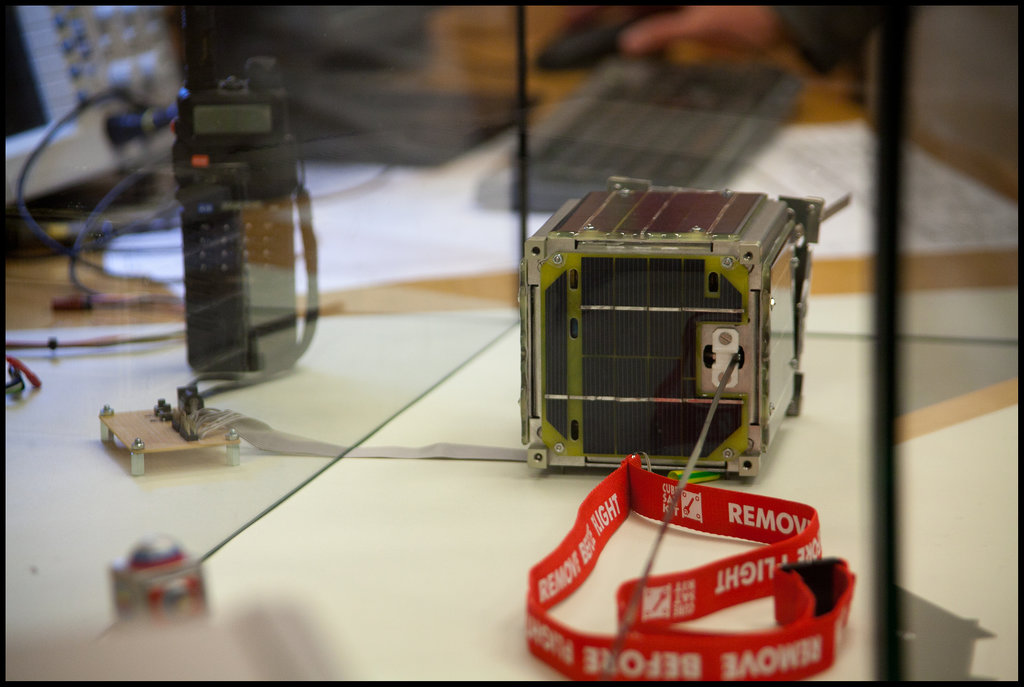 LituanicaSAT-1 is an educational project. It’s primary mission objective is to provide university students and young engineers knowledge & real hands-on experience in satellite engineering thereby helping to develop infrastructure and know-how in space technology by interdisciplinary interaction between academia and industry in Lithuania.
LituanicaSAT-1 will carry Lithuanian open-source software and hardware for primary and secondary flight computers that will control the payload consisting of an onboard VGA photo camera and state of art FM Mode V/U Voice Repeater, designed by Lithuanian radio-amateurs. Satellite’s external solar panels were specially built and donated by Lithuanian based R&D company „PrecizikaMET SC“. One of the mission goals is also to test under space environment different microcontroller designs and MEMS sensors that are of interest to NASA AMES Research Center.
This mission will also be dedicated to honor the 80th Anniversary of the flight across the Atlantic by Lithuanian-American pilots Steponas Darius and Stasys Girėnas. Therefore the satellite bears the name of the original aircraft used during this historic flight – “Lituanica”.

Special thanks for support!